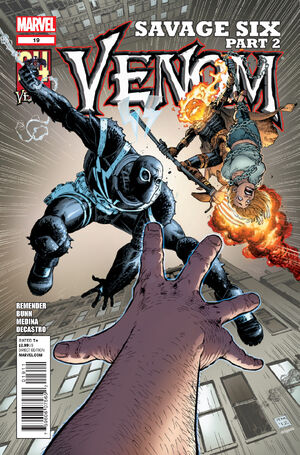 • Flash Thompson and Betty Brant are on the run and there’s nowhere to hide!

• Venom’s secret identity has been compromised... both to his enemies AND his friends!

Retrieved from "https://heykidscomics.fandom.com/wiki/Venom_Vol_2_19?oldid=1658793"
Community content is available under CC-BY-SA unless otherwise noted.