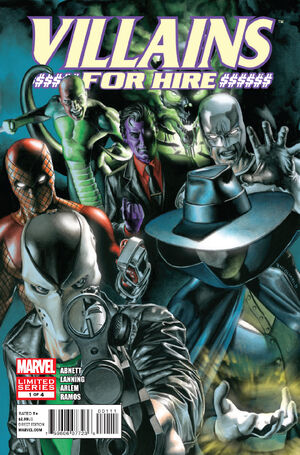 Villain on villain action! Why has Misty Knight hired psychopaths like Tiger Shark and Speed Demon? Because the Purple Man is out to build a criminal empire with an army including Avalanche, Shocker and the all-new Scourge! Let the baddest man (or woman) win!

Retrieved from "https://heykidscomics.fandom.com/wiki/Villains_for_Hire_Vol_1_1?oldid=1730254"
Community content is available under CC-BY-SA unless otherwise noted.