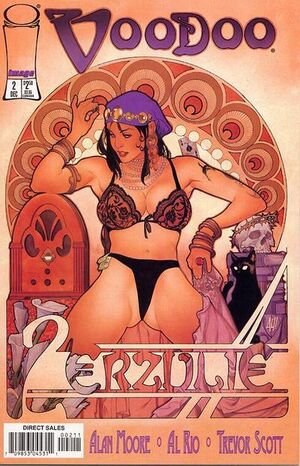 A key, a garter, a playing card. I dreamed somebody placed them on my chest, but when I woke up... Well, obviously, they weren't there.

Retrieved from "https://heykidscomics.fandom.com/wiki/Voodoo_(DC)_Vol_1_2?oldid=766913"
Community content is available under CC-BY-SA unless otherwise noted.