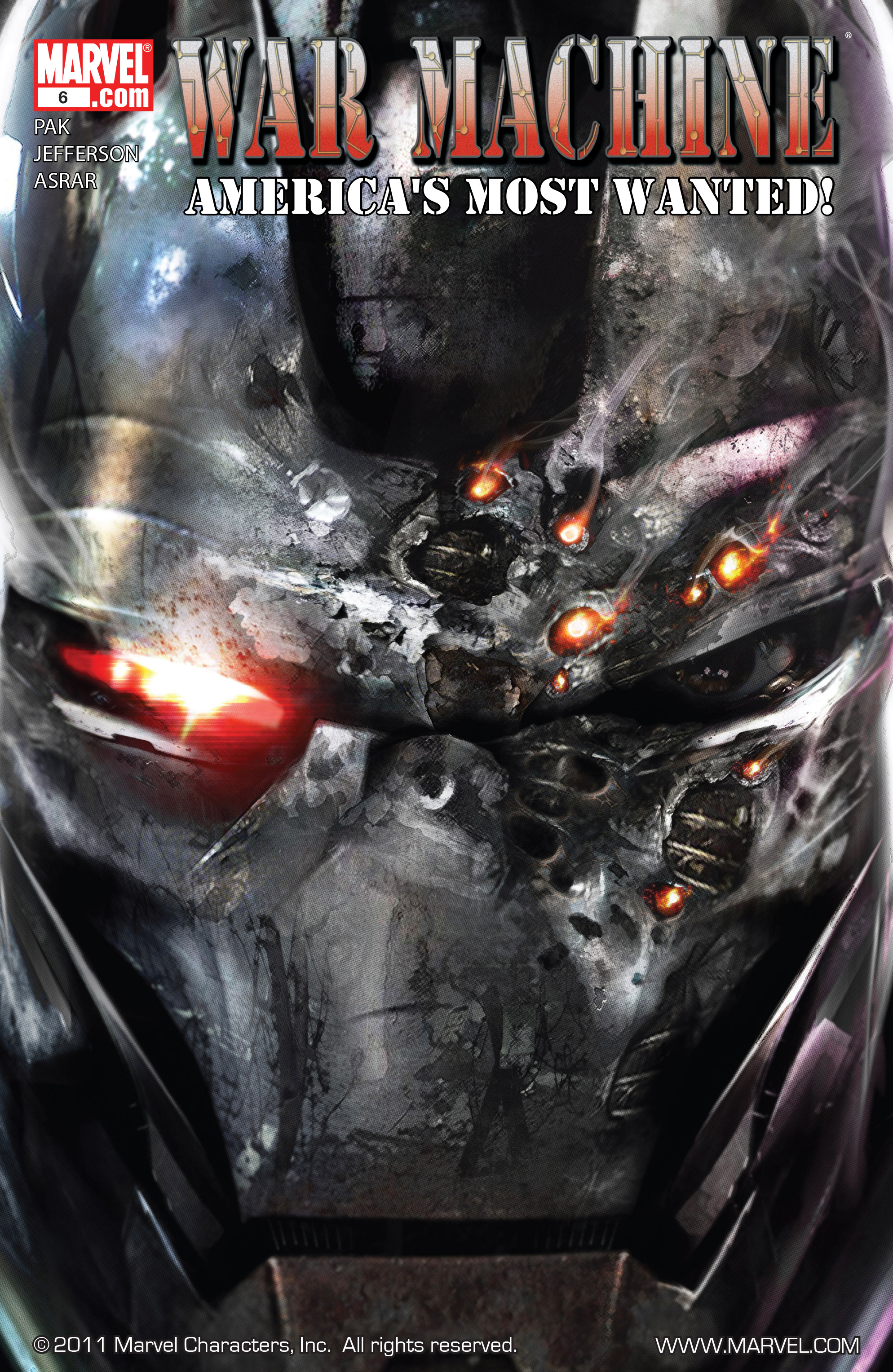 And he went right back in for another six months. You can smack him down all you want. But you can't beat him. Lord knows I never could.

American Eagle goes to Mrs. Rhodes house to get her to try and talk sense into her son Rhodey, who's planning on attacking a U.S. Army Base. Strongboy goes back outside and meets up with Rhodey's pit crew. War Machine then comes back outside and he and Strongbow start fighting. Strongbow gets the best of him, ripping weapons off, and managing to knock his faceplace off, only to reveal Jake Oh inside the suit, as Rhode flies away overhead and begins his attack on the Mackelroy Army Base.

Retrieved from "https://heykidscomics.fandom.com/wiki/War_Machine_Vol_2_6?oldid=1471738"
Community content is available under CC-BY-SA unless otherwise noted.