Start a Wiki
Part of the 'Infinity Crusade' event 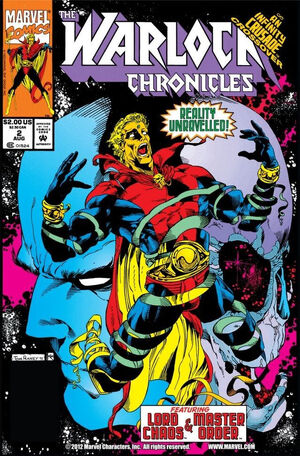 When I was this reality's supreme being, I chose to rule through pure logic. To do this, I expelled all good and evil from my soul. Regrettably this move did not keep me from losing my claim on godhood and returning to the flesh. Worse still, this dual exorcism proved a curse to the universe in general. So much for omnipotence and infallibility.

Retrieved from "https://heykidscomics.fandom.com/wiki/Warlock_Chronicles_Vol_1_2?oldid=1466479"
Community content is available under CC-BY-SA unless otherwise noted.