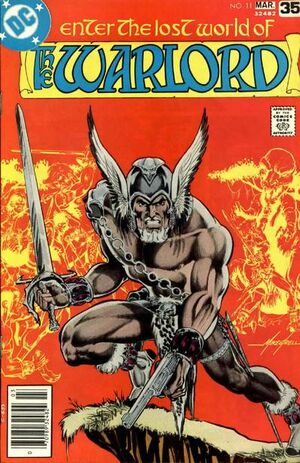 Seems I've made quite an impression!

While his friends sleep, Travis Morgan remembers how he first came to Skartaris.

Retrieved from "https://heykidscomics.fandom.com/wiki/Warlord_Vol_1_11?oldid=1466261"
Community content is available under CC-BY-SA unless otherwise noted.