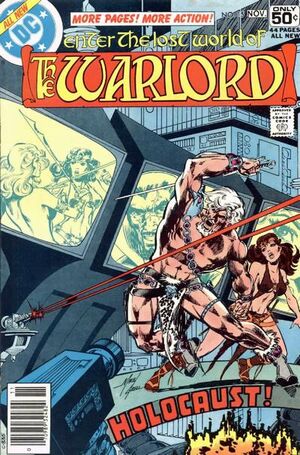 The computer has gone insane!

Travis Morgan and company make their way to Shamballah, where they find Tara and the other citizens terrorized by the machinations of an insane computer...and also find Travis's and Tara's infant son.

Retrieved from "https://heykidscomics.fandom.com/wiki/Warlord_Vol_1_15?oldid=1466269"
Community content is available under CC-BY-SA unless otherwise noted.