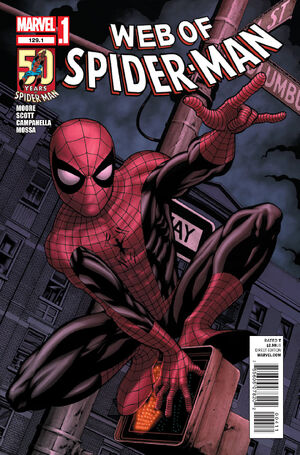 The story starts in a quiet store where an elderdly dependant works her day. When she leaves her works she suddendly has a heart attack and dies on the street. Suddendly a man with psychic powers calls his brother to gather their friends known as the "Brooklyn Avengers".

In another place, Spider-Man is thwarting a robbery when he's intercepted by the man from before, now known as Psi, who tries to help Spidey and alert him about what has happened. Then, in a Flashback, Spider-Man relates that when he first got his powers, he met Psi, called Pablo Morales, who alongside his brother Felipe and a few friends, formed a superhero team called "The Brooklyn Avengers" (conformed by the brothers Psi and Fi, Paintball, Rotary, The Hypst'r, Boilermaker and Paintball). The name came since all of them live in the same borough and all of them got their powers when their landlord sprayed radioactive bedbug spray on the building.

Psi tells Spidey that someone is killing the Brooklyn Avengers, first Rotary and now Mints (the elderly lady from earlier). Spidey reunites with the team but then Fi talks to Spidey. He tells him that the only reason they're doing this is because the team means a lot to Psi since he hasn't found a job in almost a year. Spidey agrees and the team searches amongst their regular villains through Paintball's yearbook but their top choices are either dead already or found peace after jailtime. After they comfront a former mafia boss called Jerry Mander (whose mafia ambush was the reason Spider-Man left the Brooklyn Avengers) and found nothing to connect the deaths, Spidey finally comfronts Psi about how to deal with the fact that no one is killing their teammates, since they were both of old age. Psi leaves angry while the rest of the team reunites in a rooftop but suddendly Fi has a psychic blast in his head and finds out that Psi was indeed killed...

Retrieved from "https://heykidscomics.fandom.com/wiki/Web_of_Spider-Man_Vol_1_129.1?oldid=1637887"
Community content is available under CC-BY-SA unless otherwise noted.