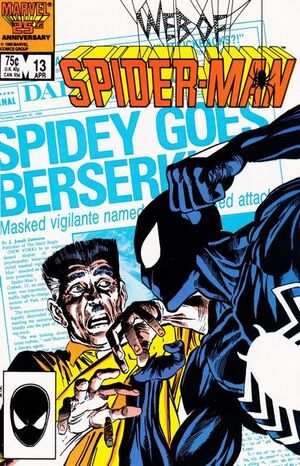 A pedestrian panics at the sight of Spider-Man, is hit by a truck ... and the Daily Bugle blames Spidey for it! It's up to Spidey to clear his name ... but does he want to? He just wants J. Jonah Jameson — and he wants blood!

Retrieved from "https://heykidscomics.fandom.com/wiki/Web_of_Spider-Man_Vol_1_13?oldid=1472003"
Community content is available under CC-BY-SA unless otherwise noted.