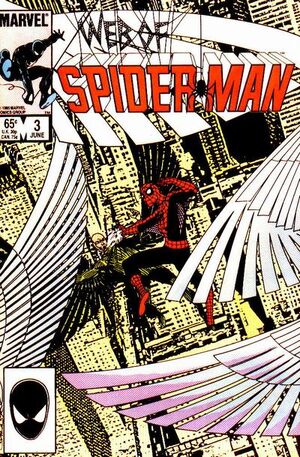 Appearing in "Vulture Is as Vulture Does!"Edit

The Vulture has discovered that the Vulturions have stolen his costume, power and name! And he busts out of jail to get them back! It's a high-flying tale of theft, mayhem and revenge — with Spidey caught in the middle!

Retrieved from "https://heykidscomics.fandom.com/wiki/Web_of_Spider-Man_Vol_1_3?oldid=1471993"
Community content is available under CC-BY-SA unless otherwise noted.