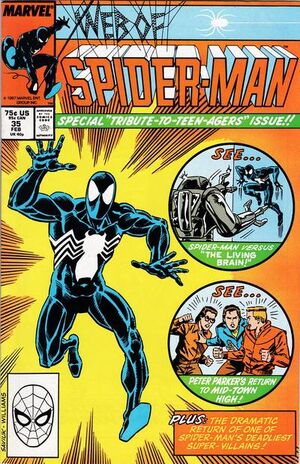 Appearing in "You Can Go Home Again!"Edit

Peter Parker discovers "You Can Go Home Again" when he returns to Mid-Town High as a substitute teacher only to run into the all-new Living Brain!

The cover to this issue is an homage to the cover of Amazing Spider-Man #8.

Retrieved from "https://heykidscomics.fandom.com/wiki/Web_of_Spider-Man_Vol_1_35?oldid=1472040"
Community content is available under CC-BY-SA unless otherwise noted.