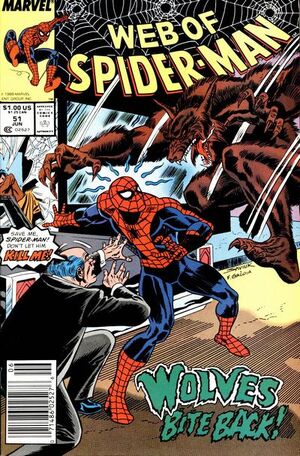 You remember what happened the last time there was a gang war in New York City, right? Well, this time the Maggia's given the Chameleon the green light to seize control of the NYC underworld from the Kingpin! And to make matters worse for ol' webhead is the return of Hammerhead!

Retrieved from "https://heykidscomics.fandom.com/wiki/Web_of_Spider-Man_Vol_1_51?oldid=1472073"
Community content is available under CC-BY-SA unless otherwise noted.