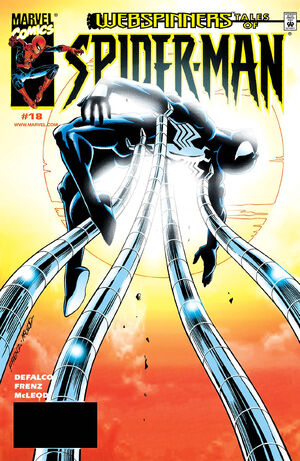 Appearing in "Hero of the People Part 2"Edit

Synopsis for "Hero of the People Part 2"Edit

When Gregari discovers Doc Ock and the Sinister Syndicate are looting the palace and only pretended to be allies of the rebels and people's heroes, he pulls a gun on Beetle. Beetle warns him to put it away before Doc Ock sees him but it is too late and Doc Ock breaks Gregari's neck. This upsets Beetle because he was enjoying the people's cheers and Gregari believed in him, but he is too cowed by Doc Ock to make an issue of it. When Spider-Man teams up with Sable and Sandman to battle the Syndicate, Beetle takes advantage of the situation to use a remote helicopter control to fly the palace treasure out over the town square as he flies alongside it to escape. However, Sable is unwilling to let him get away and tarnish her reputation, so she arms an RPG and destroys the helicopter raining valuables on the people below. Ironically, the people view this as a parting gift from the Beetle. The tyrant is incensed that his treasure is gone and Spider-Man is disheartened by the adventure, but Sable looks over at the tyrant's daughter who is safe and happy the people got the treasure, and is pleased.

Retrieved from "https://heykidscomics.fandom.com/wiki/Webspinners:_Tales_of_Spider-Man_Vol_1_18?oldid=1472478"
Community content is available under CC-BY-SA unless otherwise noted.