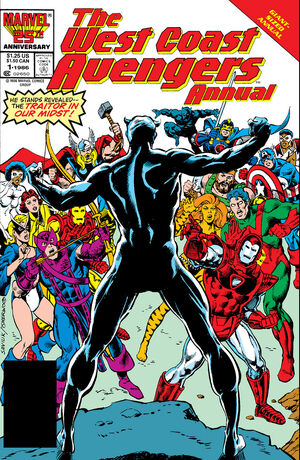 Appearing in "One of Our Own!"Edit

The searing tale begun in THE AVENGERS ANNUAL #15 concludes here! The traitor stands revealed! But not even both the Avengers and West Coast Avengers are prepared for the scope of the former Avenger's treachery!

Retrieved from "https://heykidscomics.fandom.com/wiki/West_Coast_Avengers_Annual_Vol_1_1?oldid=1751098"
Community content is available under CC-BY-SA unless otherwise noted.