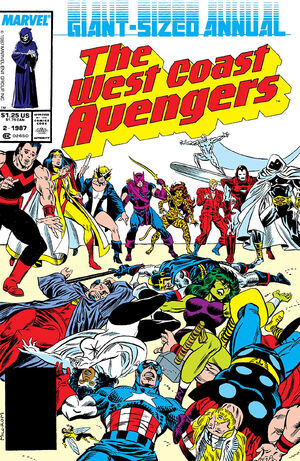 Appearing in "Death and Texas!"Edit

The West Coast Avengers travel into the Death Dimension to rescue the Avengers only to discover that they must fight the very comrades they hoped to free! It's the action-packed beginning of a saga that concludes in THE AVENGERS ANNUAL #16! Guest-starring: the Grandmaster!

Retrieved from "https://heykidscomics.fandom.com/wiki/West_Coast_Avengers_Annual_Vol_1_2?oldid=1482126"
Community content is available under CC-BY-SA unless otherwise noted.