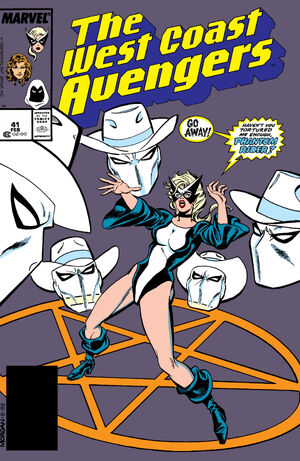 The day is tinged with sadness -- and triumph, as well. Foes were conquered and the truth faced. The world will go on, woman. You will endure. For in body and spirit -- you are an Avenger.

Appearing in "When Ghosts Can Die, Even Gods Must Fear!"Edit

Synopsis for "When Ghosts Can Die, Even Gods Must Fear!"Edit

Retrieved from "https://heykidscomics.fandom.com/wiki/West_Coast_Avengers_Vol_2_41?oldid=1472606"
Community content is available under CC-BY-SA unless otherwise noted.