Start a Wiki
Part of the 'WildStorm Rising' event 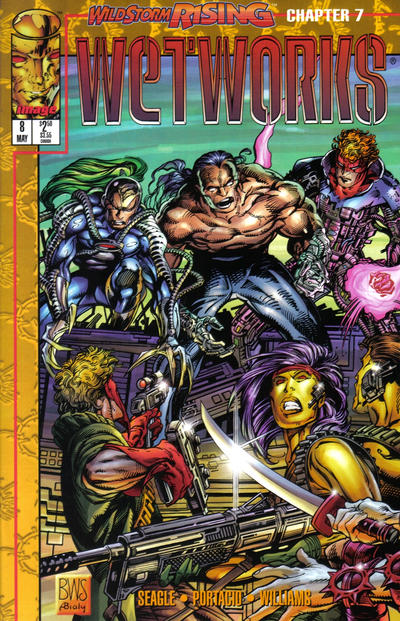 Enlisted in the quest for the Daemonite keys by Grifter and Deathblow, the assembled Wetworks team encouter the WildC.A.T.s at Helspont's burial site. While the two groups fight as they race for the key, Hightower unearths Helspont only to find that he is still alive. Helspont escapes with Hightower's key-half, ending the conflict and uniting the two teams in a common mission: stop Helspont.

Retrieved from "https://heykidscomics.fandom.com/wiki/Wetworks_Vol_1_8?oldid=1688950"
Community content is available under CC-BY-SA unless otherwise noted.