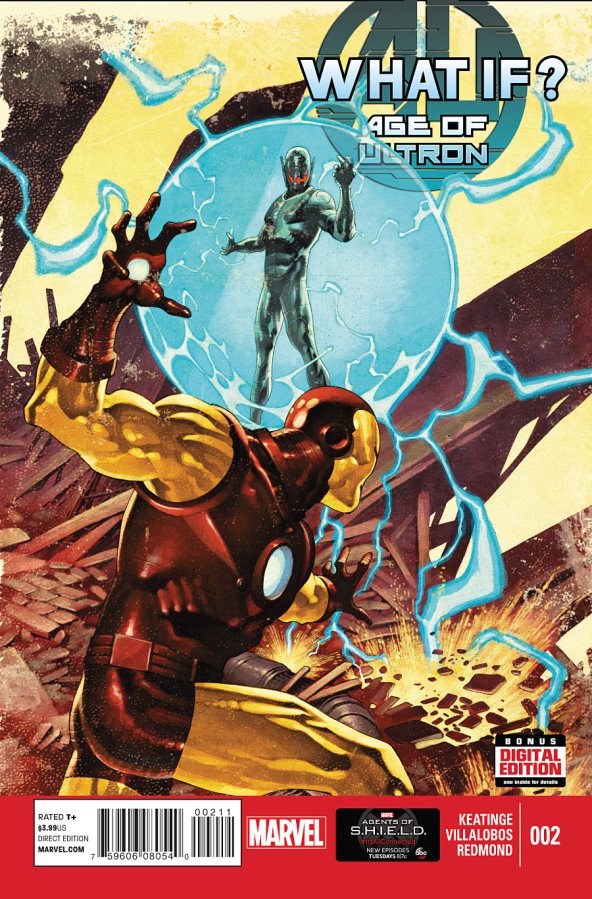 • In a world without Iron Man, the Armor Wars are fought without a victor, scorching the Earth!

• Years later, one of the last remaining superheroes, an aged Amazing Spider-Man, must form a Fantastic Four the likes of which our world has not seen in years!

• Teaming with Ghost Rider, the Incredible Hulk and Wolverine they are in pursuit of the one weapon that could unite the planet — The Forgotten Iron Man!

Retrieved from "https://heykidscomics.fandom.com/wiki/What_If%3F_Age_of_Ultron_Vol_1_2?oldid=1614704"
Community content is available under CC-BY-SA unless otherwise noted.