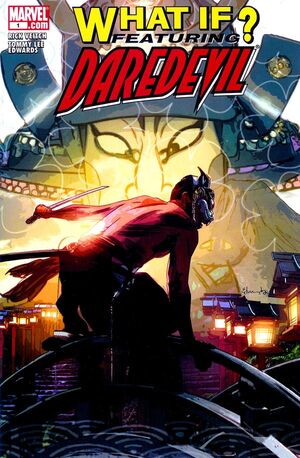 Publisher
Marvel Comics
Previous Issue
Next Issue
What If: Sub-Mariner #1
What If: Thor #1

Appearing in "the Devil who Dares"Edit

In an alternate world, we find the story of a blinded child with special senses who lived in feudal Japan. Growing out of the shadow of his father's failure, the blind youth emerged to stand against an evil controlling overlord as the samurai known as DEVIL WHO DARES!

Retrieved from "https://heykidscomics.fandom.com/wiki/What_If:_Daredevil_Vol_1_1?oldid=1472698"
Community content is available under CC-BY-SA unless otherwise noted.