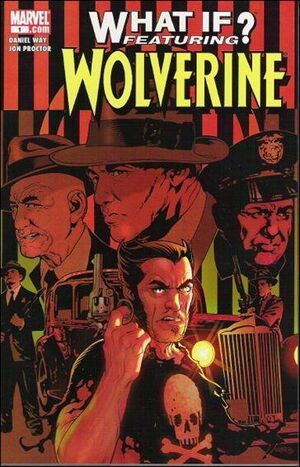 “Public Enemy Number One” Logan has sought solace in the trappings of a rowdy river town in the Canadian wilderness, but a tragedy forces him to seek revenge in the mob-ridden windy city, Chicago. Will this crusade stop him from becoming Wolverine or does he have a greater destiny ahead of him? All these questions and more are answered in this hard-boiled tale of vengeance by the acclaimed creative team of Marvel/Epic’s GUN THEORY.

Retrieved from "https://heykidscomics.fandom.com/wiki/What_If:_Wolverine_Vol_1_1?oldid=1488906"
Community content is available under CC-BY-SA unless otherwise noted.