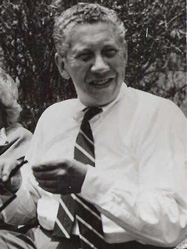 Frederick "Whitney" Ellsworth (November 27th, 1908 - September 8th, 1980) was born in the borough of Brooklyn. He was a writer and editor for National Periodical Publications (the future DC Comics). He is recognized for his extensive contributions to the Silver Age era of super-hero comic strips as well as the creation of the character Congo Bill. Whitney also served in the capacity of writer and producer for several television projects including the 1954 television series, The Adventures of Superman.

Retrieved from "https://heykidscomics.fandom.com/wiki/Whitney_Ellsworth?oldid=188406"
Community content is available under CC-BY-SA unless otherwise noted.