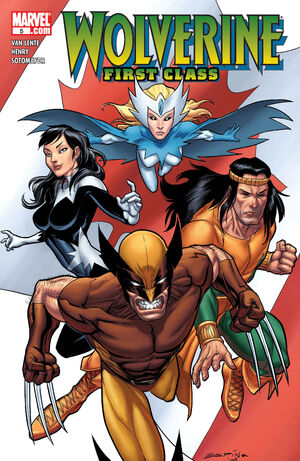 I think it's worse than that. He lost a link to his past. And a guy like Wolverine... ...doesn't know how many of those he has left...

Wolverine takes Kitty Pryde, along with the Blackbird (without Professor Xavier's permission) to the 'Great White North'. During the trip there, he recounts a tale from his days with Alpha Flight.

He has defected back to ALPHA FLIGHT...and taken Kitty Pryde with him!

Baptiste the goat is actually the mascot of the Royal 22e Regiment of the Canadian Forces [2].