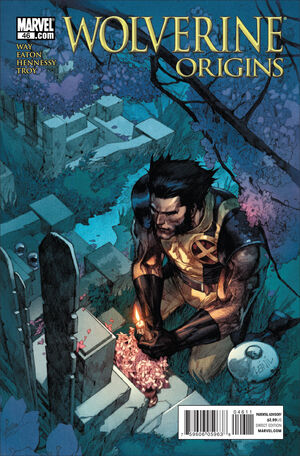 His final confrontation with Romulus on the horizon, Wolverine reaches out to a friend to help him put to rest one of the greatest tragedies of his long, long life—the death of Mariko Yashida. Guest-starring Nightcrawler.

Retrieved from "https://heykidscomics.fandom.com/wiki/Wolverine:_Origins_Vol_1_46?oldid=1645475"
Community content is available under CC-BY-SA unless otherwise noted.