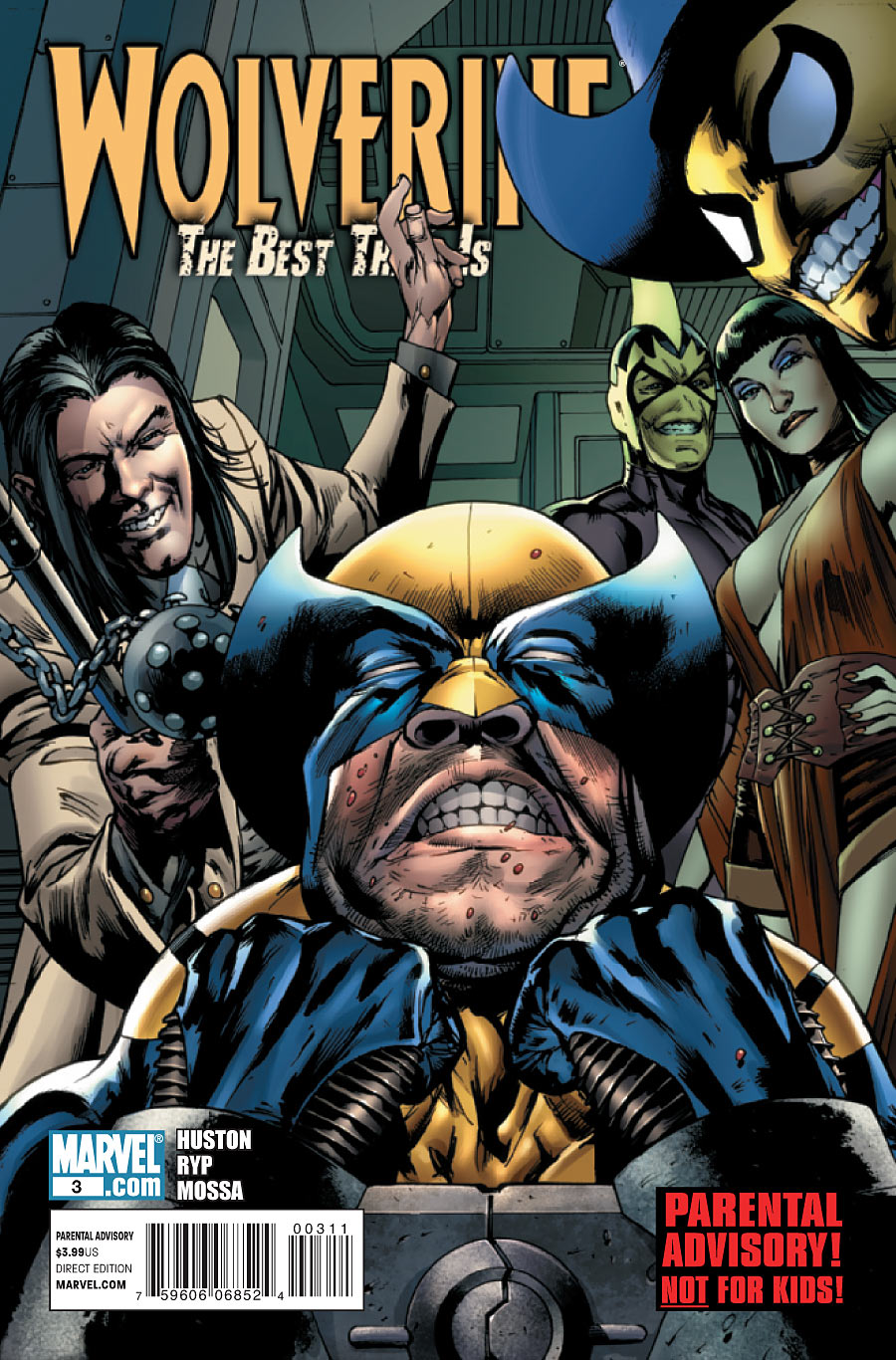 I am not interested in conflicted antagonists. Nor, for that matter, is anyone else. People want a bad guy they can hate unequivocally. Someone whose brutal demise they can cheer without remorse. Life, sadly, rarely treats them to such a luxury. And here are all these actors, trying to muddy things with moral complexity. #### that, I say. And I'll not have it. I am not the hero in my own story. I am the bad guy. I have no end in mind that justifies my means. There are no skeletons in my closet, no abusive childhood or inciting misery that might expiate my vile behavior. Nor am I insane. I know the difference between good and evil. And I am fully capable of empathizing with the pain, emotional or physical, of others. No sociopath, I. Rather, I simply prefer bad over good. Wrong over right. Sick over healthy. Untrue over true.

Appearing in "Contagion - Chapter Three: Someone They Can Hate"Edit

Synopsis for "Contagion - Chapter Three: Someone They Can Hate"Edit

Wolverine escapes from one nightmare and quickly ends up in another. While attending a party, and gets infected with a chemical that causes him to hallucinate his inner torments.

When he sniffs out the source, he is captured by a tall pale man named Winsor who collects unkillable beings and tests them with an array of deadly viruses, diseases and cancers that breed inside his body.

Winsor does this for his son, the product of generations of inbreeding, in the hopes of finding a cure for his condition.

Winsor makes Wolverine an offer: put the child out of his misery, or allow him to test Wolverine's healing abilities to create a cure. Wolverine chooses the latter, the child is strapped with an explosive collar, and Winsor begins the experiment with a bullet to Wolverine's cranium.

Retrieved from "https://heykidscomics.fandom.com/wiki/Wolverine:_The_Best_There_Is_Vol_1_3?oldid=1525001"
Community content is available under CC-BY-SA unless otherwise noted.