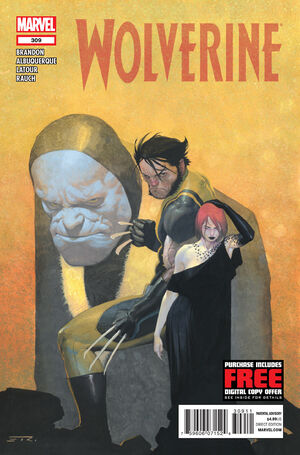 • An untold tale of the Wolverine! • Wolverine takes Elixir under his wing • After M-Day, not all depowered mutants found their way in the world, and one of them comes back for Wolverine

Retrieved from "https://heykidscomics.fandom.com/wiki/Wolverine_Vol_2_309?oldid=1658659"
Community content is available under CC-BY-SA unless otherwise noted.