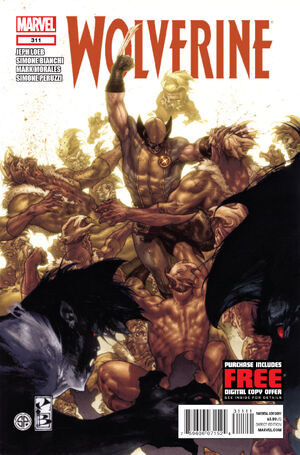 • Sabretooth is back - but which one is the real one? • Where has Sabretooth been and whose side is he on this time? • The identity of the red-headed woman who came to Wolverine's rescue is revealed!

Retrieved from "https://heykidscomics.fandom.com/wiki/Wolverine_Vol_2_311?oldid=1658661"
Community content is available under CC-BY-SA unless otherwise noted.