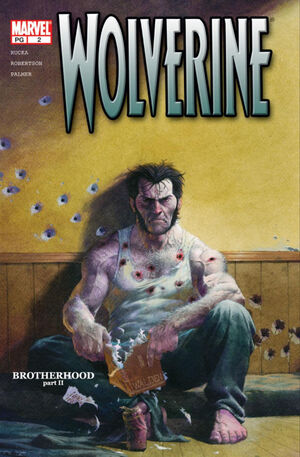 Using an extracted bullet as his first clue in solving the mysterious case of a dead woman, Logan gets in with some tough customers.

Retrieved from "https://heykidscomics.fandom.com/wiki/Wolverine_Vol_3_2?oldid=1657791"
Community content is available under CC-BY-SA unless otherwise noted.