Part of the 'Decimation' event 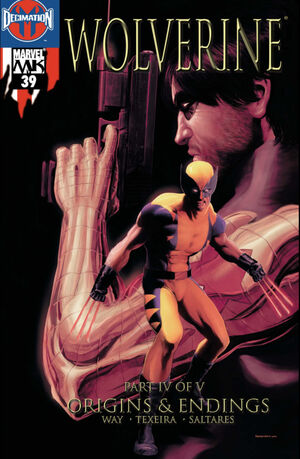 The secret is out. Wolverine remembers. Everything. The entire blood-stained tapestry of his long, tortured life.

Retrieved from "https://heykidscomics.fandom.com/wiki/Wolverine_Vol_3_39?oldid=1657554"
Community content is available under CC-BY-SA unless otherwise noted.