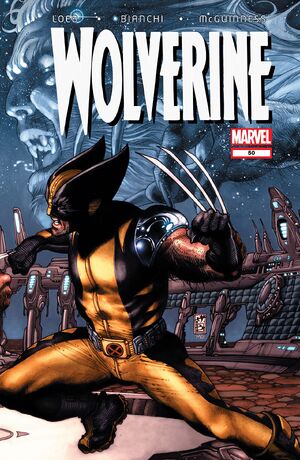 It’s the biggest, best and, quite possibly, last battle between Wolverine and Sabretooth!

Wolverine is narrating his first-ever fight with the Hulk. He says that when he remembers his memories, he takes the good with the bad, but he still tells it a little differently each time. He said how he was stuck with Department H in Canada where Heather and James Hudson took him him when nobody else would've, but had to make him wear a cowl with whiskers (as if a cowl wasn't embarrassing enough) and a bright yellow costume. He states how it's a stupid idea that Canada needs a superhero team, and that how he even needed a mask when he couldn't recall his own name at the time. He was "The Wolverine," as if there were more Wolverines. They also made him state things like, "And like a wolverine, I've got claws -- forged out of diamond-hard adamantium!" Towards the end of the battle, when the Hulk picks up Wolverine to rip him in two, the fight changes to when the Hulk from the Ultimate Universe actually does this to the Wolverine of that universe. Wolverine from Earth-616 then wakes up from a dream and/or memory in Canada. He has no idea how he could tell the difference, or what that uniform he was wearing in the Ultimate Universe was. All he can say is, "I hate Canada..."

Retrieved from "https://heykidscomics.fandom.com/wiki/Wolverine_Vol_3_50?oldid=1650876"
Community content is available under CC-BY-SA unless otherwise noted.