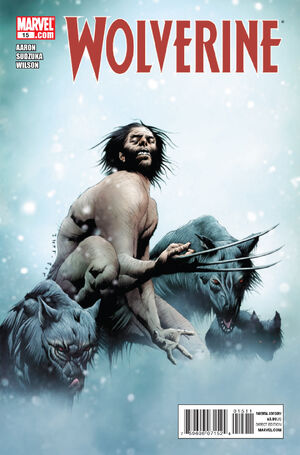 Appearing in "Wolverine No More"Edit

In the wake of last issue's gut-wrenching ending, Logan has turned his back on humanity and retreated once again to the Canadian wilderness.

Retrieved from "https://heykidscomics.fandom.com/wiki/Wolverine_Vol_4_15?oldid=1658644"
Community content is available under CC-BY-SA unless otherwise noted.