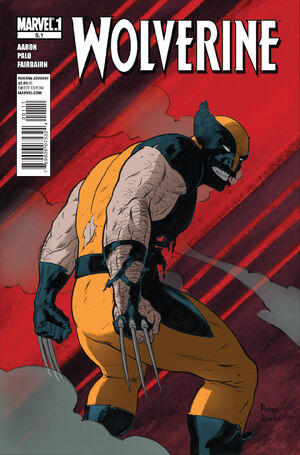 Special POINT ONE issue. START READING with this Point One issue! CELEBRATE the most dangerous birthday in the Marvel Universe when Wolverine's new girlfriend invites X-Men and Avengers alike to a surprise party for everyone's favorite mutant. Logan's birthdays has never been his favorite time of year, but not even he could anticipate just how bad it could get. One thing is for sure - one way or another, blood will be drawn! Thrill to this stunning beginning of a whole new era for Logan...if he can survive the night!

Retrieved from "https://heykidscomics.fandom.com/wiki/Wolverine_Vol_4_5.1?oldid=1755719"
Community content is available under CC-BY-SA unless otherwise noted.