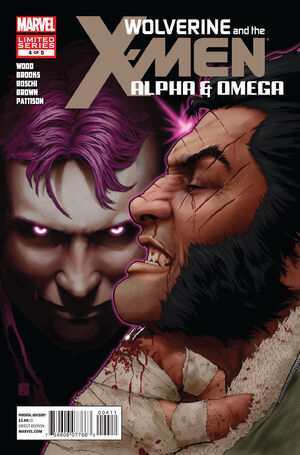 That...that is not my Idea. I don't know what that is... but I can say one thing for sure: my subconscious hate my guts.

• Quentin Totally Loses Control Of The Construct And It All Begins To Break Down And Bleed Into The Real World. • Rachel Grey Confronts The Berserker Wolverine • Armor Makes A Decision In The Construct That Could Affect Her Mind And Powers Permanently

Retrieved from "https://heykidscomics.fandom.com/wiki/Wolverine_and_the_X-Men:_Alpha_%26_Omega_Vol_1_4?oldid=1466862"
Community content is available under CC-BY-SA unless otherwise noted.