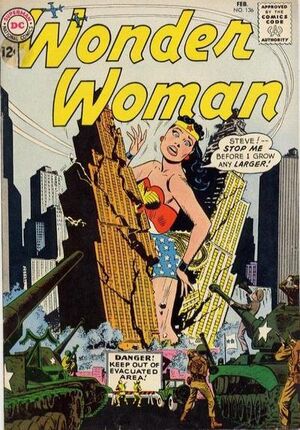 In order to get Wonder Woman out of the way of their planned invasion, a group of alien “Machine-Men” transform her into a giant, with little control of her powers, or hunger and thirst.

Retrieved from "https://heykidscomics.fandom.com/wiki/Wonder_Woman_Vol_1_136?oldid=1468397"
Community content is available under CC-BY-SA unless otherwise noted.