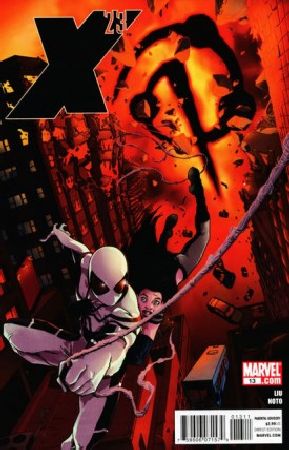 GUEST-STARRING THE FF! As X-23 searches for the sole survivor of her kill list, a seemingly-unstoppable force descends on New York and X-23 is its target…until an unlikely cavalry shows up. But maybe for a girl who struggles with her past, maybe the Future Foundation are the only ones that can help!

Retrieved from "https://heykidscomics.fandom.com/wiki/X-23_Vol_3_13?oldid=1723736"
Community content is available under CC-BY-SA unless otherwise noted.