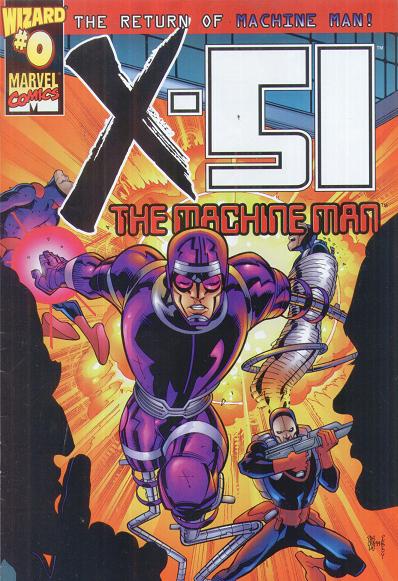 Upon analysis, it would appear that X-51's capacities have been dramatically improved, making it perhaps the most powerful cybernetic construct on the planet. And if that is true... then I, and I alone, must have complete control of its systems.

Appearing in "A Mere Technicality"Edit

Synopsis for "A Mere Technicality"Edit

Tessa reports to Sebastian Shaw and tells him about the source of some "misappropriated technology". She indicates that a trace signal has led her to an automaton designated X-51 (more popularly known as Machine Man). Shaw is incredulous however and doubts that X-51 could possibly be in possession of his missing hardware. Tessa shows him a digital recording of X-51's encounter with a squad of the Hellfire Club's hired guns. The agents used a radius disruptor in the hopes of incapacitating X-51, but succeeded in causing only superficial damage. Machine Man proved more than capable of defeating all of the men and took the technology with him. After viewing the disk, Shaw realizes that X-51 may very well be the most powerful robot on the planet. He begins scheming of a way to capture it for his own grand designs.

Retrieved from "https://heykidscomics.fandom.com/wiki/X-51_Vol_1_0?oldid=1468320"
Community content is available under CC-BY-SA unless otherwise noted.