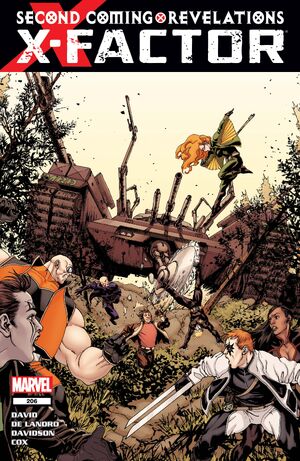 A SECOND COMING TIE-IN! Part 3 of 3 At last! All the members of X-Factor are reunited in this climactic, slam-bang X-plosion of a conclusion as Trask decides to take matters into his own hands and personally direct the forces of the Mutant Response Division into a full blown war against everyone's favorite mutant detective team!

Retrieved from "https://heykidscomics.fandom.com/wiki/X-Factor_Vol_1_206?oldid=1760334"
Community content is available under CC-BY-SA unless otherwise noted.