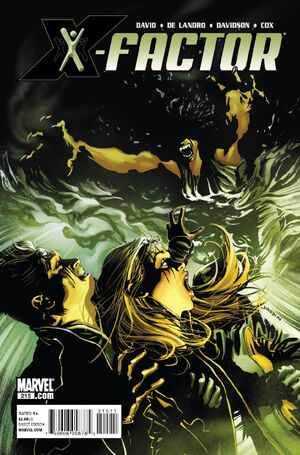 A man is dead, apparently the victim of a vampire attack. But is it truly some random crime of violence? Or is it, as his daughter believes, an elaborate ruse, designed to draw attention away from the real culprit? And can X-Factor separate fact from fiction?

Retrieved from "https://heykidscomics.fandom.com/wiki/X-Factor_Vol_1_215?oldid=1468780"
Community content is available under CC-BY-SA unless otherwise noted.