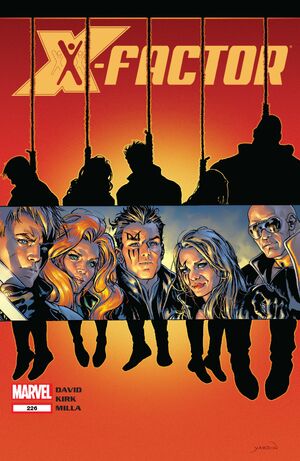 It started with their new acquaintance, Sally, found brutally slain in her kitchen. And most recently: two rival gangs, lifeless bodies sprawled across a basketball court, a noose around each of their necks. Hot on the trail of a serial killer who’s lynching his victims, the mutant detectives of X-Factor Investigations are eager to cut his killing spree short. But here’s hoping they find him before he finds them!

Retrieved from "https://heykidscomics.fandom.com/wiki/X-Factor_Vol_1_226?oldid=1569662"
Community content is available under CC-BY-SA unless otherwise noted.