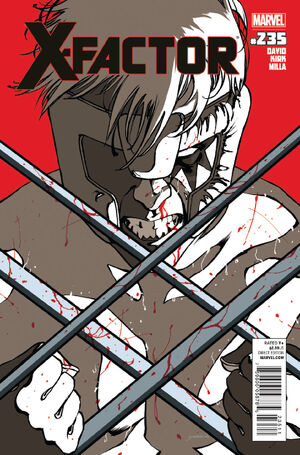 You heard him. There I is.

“X-TREME MEASURES” • Something is eviscerating super heroes in Seattle and X-Factor is called in to investigate. • Featuring all-new villain Scattershot, who looks suspiciously like two members of X-Factor Investigations… • And Shatterstar goes berserk! (‘Nuff said!)

Retrieved from "https://heykidscomics.fandom.com/wiki/X-Factor_Vol_1_235?oldid=1468820"
Community content is available under CC-BY-SA unless otherwise noted.