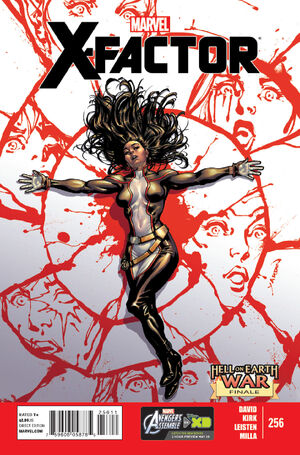 “HELL ON EARTH WAR” concludes. One Hell Lord stands victorious as the Earth is consumed in fire and brimstone. The few remaining members of X-Factor make one last ditch effort to save the world from its grim future. Not all will survive the final battle. And the last person you would expect winds up sitting on the throne of Hell...

Retrieved from "https://heykidscomics.fandom.com/wiki/X-Factor_Vol_1_256?oldid=1732579"
Community content is available under CC-BY-SA unless otherwise noted.