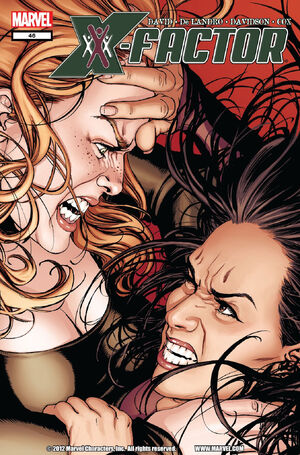 This is what Hell is like. Nobody gets your topical references.

It's Siryn in the fight of her life against the absolute last person that she would have expected to be battling. And Madrox, Layla and Ruby find themselves under assault by the Sentinels just when they're on the verge of discovering the mystery behind Cortex!

Retrieved from "https://heykidscomics.fandom.com/wiki/X-Factor_Vol_3_46?oldid=1551009"
Community content is available under CC-BY-SA unless otherwise noted.