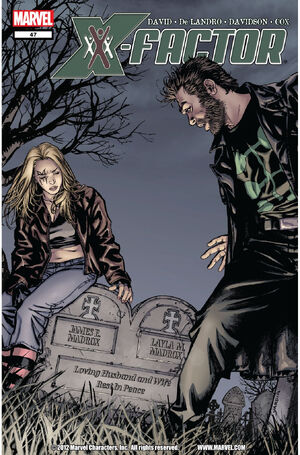 Time is beginning to bleed. Sentinels are starting to pop up in the darnedest places, the Summers Rebellion is spilling over into modern day, Rictor and Shatterstar have a lot to sort out, and X-Factor finally finds itself face to face with Cortex.

Retrieved from "https://heykidscomics.fandom.com/wiki/X-Factor_Vol_3_47?oldid=1759486"
Community content is available under CC-BY-SA unless otherwise noted.