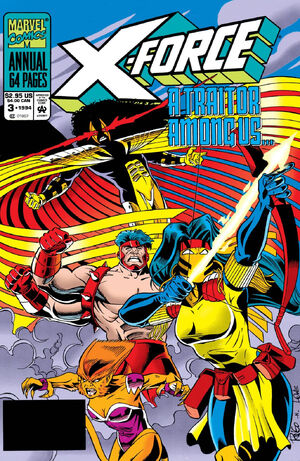 Attack! Crush any who would oppose us -- as they would seek to crush you!! And when all is said and done, make sure they know the price to be paid -- for confronting the Mutant Liberation Front!!

Retrieved from "https://heykidscomics.fandom.com/wiki/X-Force_Annual_Vol_1_1994?oldid=1469023"
Community content is available under CC-BY-SA unless otherwise noted.