Start a Wiki
Part of the 'X-Tenuating Circumstances' story arc 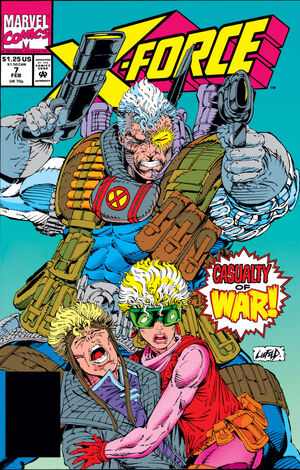 Appearing in "Under the Knife"Edit

Synopsis for "Under the Knife"Edit

Weapon X is called in to a smuggler's ring north of Vancouver. He arrives and enters the building. Inside, he finds a large group of smugglers and quickly takes them all out, without even breaking a sweat. Suddenly, he is greeted by a few of the MLF members: Sumo, Wildside and Forearm. They rhetorically ask what Weapon X is doing there... other than dying.

Retrieved from "https://heykidscomics.fandom.com/wiki/X-Force_Vol_1_7?oldid=1640213"
Community content is available under CC-BY-SA unless otherwise noted.