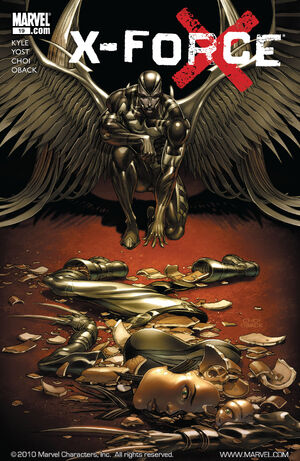 Appearing in "Not Forgotten (Part 3)"Edit

"NOT FORGOTTEN" X-23's past catches up to her in the worst way possible, at the worst time possible...and X-Force can't find her. X-23's only hope is the one woman who's been working to take her down since issue TWO...Agent Morales. But can either of them survive against the one foe X-23 has never beaten? PLUS! The Leper Queen's secrets are revealed! And another member of Selene's 'Inner Circle' is revealed as her unspeakable plan gets one step closer to reality. Part 3 (of 4)

Retrieved from "https://heykidscomics.fandom.com/wiki/X-Force_Vol_3_19?oldid=1643127"
Community content is available under CC-BY-SA unless otherwise noted.