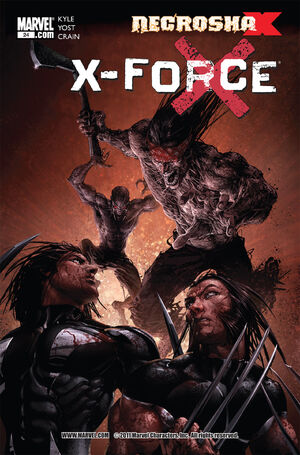 NECROSHA PART FIVE (of SIX) Death comes to X-Force! The final battle begins as X-Force storms Necrosha to find and kill the Black Queen...but there are 16 million of her slaves between them and her. As the team's least likely member goes on a suicide mission to save Warpath, Selene achieves her heart's desire…and someone doesn't walk away from this fight.