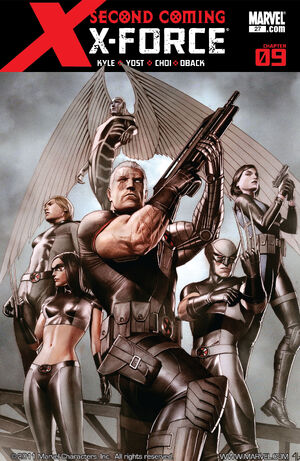 "SECOND COMING" CHAPTER NINE This is the end of the line. The horror of what the X-Men face is fully revealed, and the reality sets in...every single mutant on the planet is going to die. They cannot hold out any longer. And X-Force goes on their final mission.

Retrieved from "https://heykidscomics.fandom.com/wiki/X-Force_Vol_3_27?oldid=1650917"
Community content is available under CC-BY-SA unless otherwise noted.