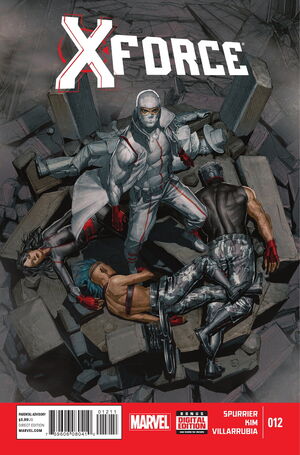 • Fantomex’s compulsion to be THE BEST has put him at odds with X-Force! Turning on his former teammates, can a squad of killers hope to escape science’s perfect living weapon?

• Also! The true identity of the villain X-Force has been pursuing is revealed…and it’s an all-too familiar face…

Retrieved from "https://heykidscomics.fandom.com/wiki/X-Force_Vol_4_12?oldid=1641975"
Community content is available under CC-BY-SA unless otherwise noted.