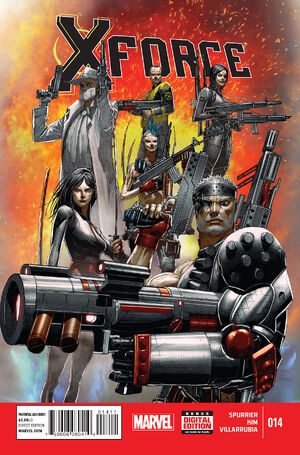 • Fantomex is on a murderous rampage, taking out each and every one of the world’s secret intelligence agencies, working his way closer to getting revenge on X-Force!

• Knowing the confrontation is inevitable, Cable and his team ready themselves for the fight of their lives…

Retrieved from "https://heykidscomics.fandom.com/wiki/X-Force_Vol_4_14?oldid=1469133"
Community content is available under CC-BY-SA unless otherwise noted.