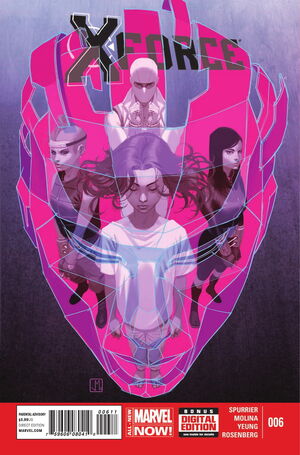 • The explosive conclusion of the first arc of X-FORCE!

• The unthinkable has occurred! One of the team is dead and the others are held captive by their newest foe: the swaggering oligarch VOLGA.

• Struggling to save their own lives, X-Force’s secrets come to light as they use everything in their arsenal to survive.

• But when the dust settles, will these revealed truths ultimately tear them apart?

Retrieved from "https://heykidscomics.fandom.com/wiki/X-Force_Vol_4_6?oldid=1469117"
Community content is available under CC-BY-SA unless otherwise noted.